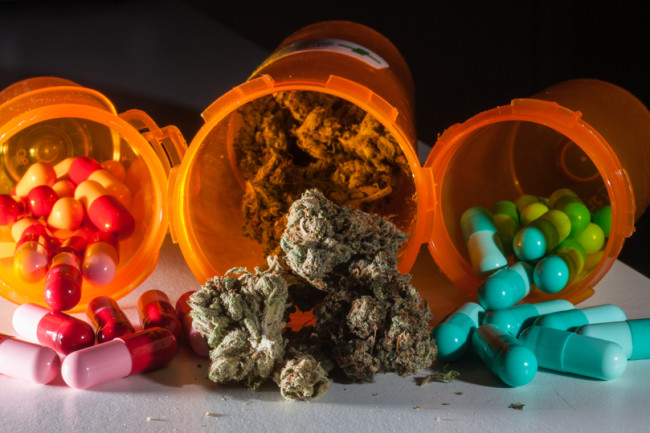 Last year, researchers from Rice University’s Baker Institute for Public Policy undertook a new study in order to “gain insight into the needs and experiences” of the state’s medical pot users. From August 11th to October 6th, 2020, researchers asked Texas residents who were using cannabis medicinally to answer an anonymous online survey. Nearly 2,900 medical pot users, 22 percent of whom were military veterans, responded to the survey.

Although this survey is specifically focused on Texas’ medical marijuana program, it also supports other research showing that cannabis can serve as an effective replacement for pharmaceuticals. In recent years, researchers have found time and time again that medical cannabis can help reduce the rates of opioid overprescription, use, abuse, and overdose deaths.

Texas technically legalized medical cannabis in 2015, but as the researchers note, the vast majority of patients are excluded from this program “due to restrictions in the state’s law.” This law allows a limited number of patients to use CBD-based medicine with no more than 0.5 percent THC content. Since most forms of traditional medical cannabis remain illegal, many Texans are either forced to either buy medical pot out of state or purchase untested black market weed.

Even when their conditions are covered under the state’s medical marijuana program, some patients still turn to the black market, which is one of the only ways to acquire high-THC weed in Texas. For example, 18 percent of patients suffering from neuropathy said they used illicit pot to treat their pain, even though this condition is covered under the state’s MMJ program.

Based on their findings, the researchers recommend that Texas vastly expand the number of medical conditions that qualify patients for medical marijuana use. The study also recommends completely removing the cap on THC content, protecting medical marijuana patients from workplace and housing discrimination, and decriminalizing minor pot possession in order to “avoid criminalizing patients.”

The lack of access to quality medical cannabis has forced the vast majority of survey respondents (84 percent) to consider leaving Texas and moving to a state with a reasonable, progressive medical marijuana program. This finding highlights the disconnect between Texas lawmakers and the views of voters who elected them to office. Earlier this year, another poll found that a solid 64 percent of Texans want to fully legalize cannabis in the Lone Star State. Some lawmakers have at least expressed interest in expanding the state’s dismal medical pot program, but so far, there seems to be little legislative interest in full legalization.