Border Police Have Already Seized Over 13,000 Pounds of Weed Smuggled From Canada to US 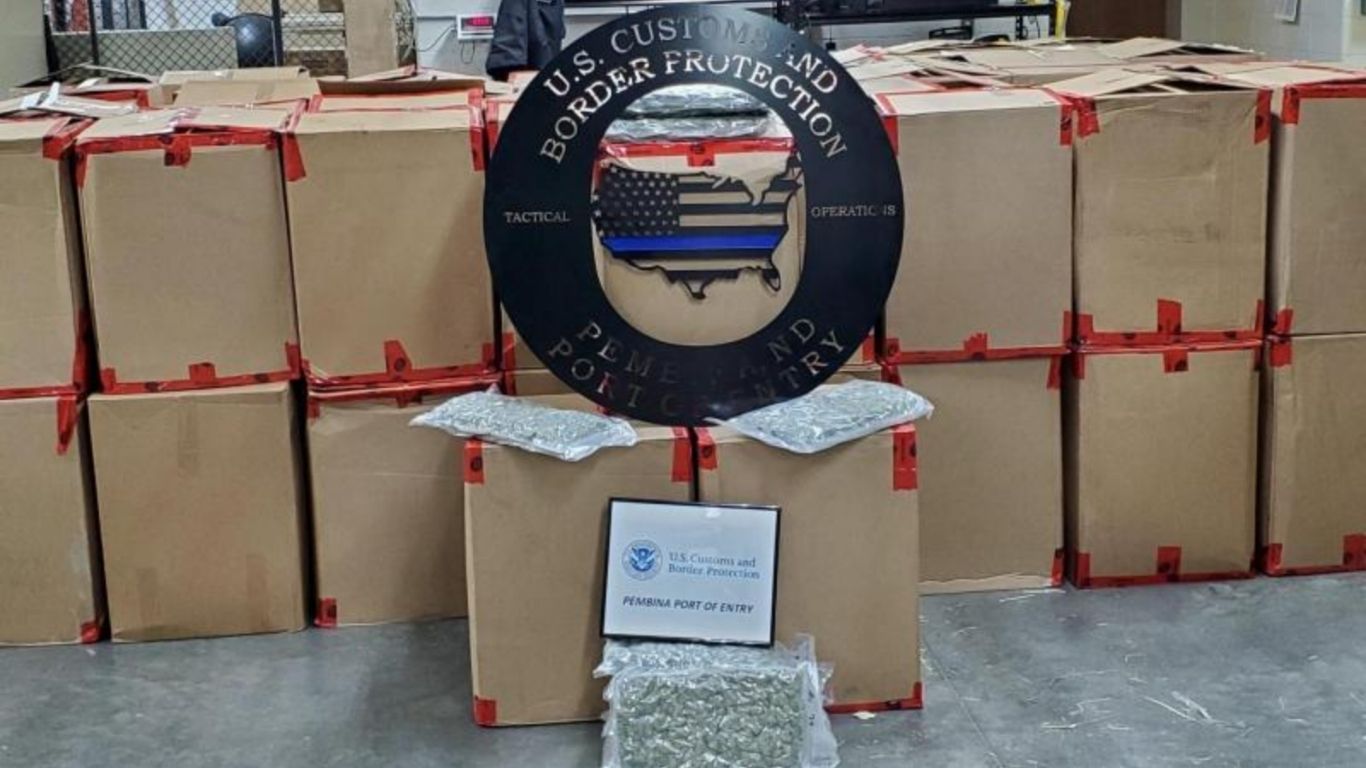 In the first five months of 2021, US Customs and Border Patrol Officers (CBP) confiscated over 13,000 pounds of Canadian weed that smugglers were trying to bring onto US soil.

It used to be rare to see illegal weed being smuggled into the US from Canada, but after the Great White North kicked off adult-use sales in 2018, the number of pot seizures at the US-Canadian border spiked by 75 percent. The rate of weed seizures grew even more last March, after the border was closed to stop the spread of the pandemic. In 2020, CBP officials seized over 70,000 pounds of weed at the border.

With traditional border crossings closed, smugglers had to resort to some unusual tricks to move their wares into the US. Last April, the CBP busted a nurse that was trying to use COVID-19 credentials to smuggle 150 pounds of weed across the border. And in July, Michigan cops caught a smuggler who was using a submarine to bring hundreds of pounds of Canadian bud across the Detroit River.

This year, border cops have made 9 major cannabis seizures at border crossings in New York, North Dakota, and Vermont. Much like last year, nearly all of this contraband weed was in the form of dried flower, but CBP officials did seize 134 pounds of cannabis extract at the Pembina Port of Entry between Winnipeg and North Dakota in March. In total, border police have seized over 13,000 pounds of weed this year, valued at over $20 million.

In April, border police made another massive seizure at Pembina, confiscating 2,796 pounds of flower hidden inside a shipment of straw. The following month, authorities seized 3,765 pounds of weed at the Portal Port of Entry between Saskatchewan and North Dakota. And in Vermont, CBP officers nabbed 1,331 pounds of bud disguised as a shipment of “food products” from Quebec.

CBP officers also made seven more major pot seizures at points of entry between New York and Canada. In January, cops found 1,281 pounds of weed stuffed in hockey bags in the back of a truck crossing the border from Ontario. Later that month, another 1,545 pounds of pot was discovered in a commercial shipment claiming to be “used film reels,” and another 936 pounds was seized from a shipment labeled “phone accessories.”

The notable number of weed seizures suggests that the CBP might break another record for weed seizures at the Canadian border this year. But at America’s southern border, it’s a different story altogether. This March, the DEA reported that border seizures of cannabis imported from Mexico have fallen by 80 percent since 2013. Now that adult-use weed is legal in three of the four US states that border Mexico, the demand for black market Mexican weed has dropped significantly.

Five US states on the Canadian border still prohibit weed, though, and these states also serve as a conduit to Midwestern prohibition states. The massive demand for weed in these dry states will likely continue to convince smugglers to continue bringing Canadian pot into the US, at least until the federal government finally gets around to committing to serious cannabis reform.