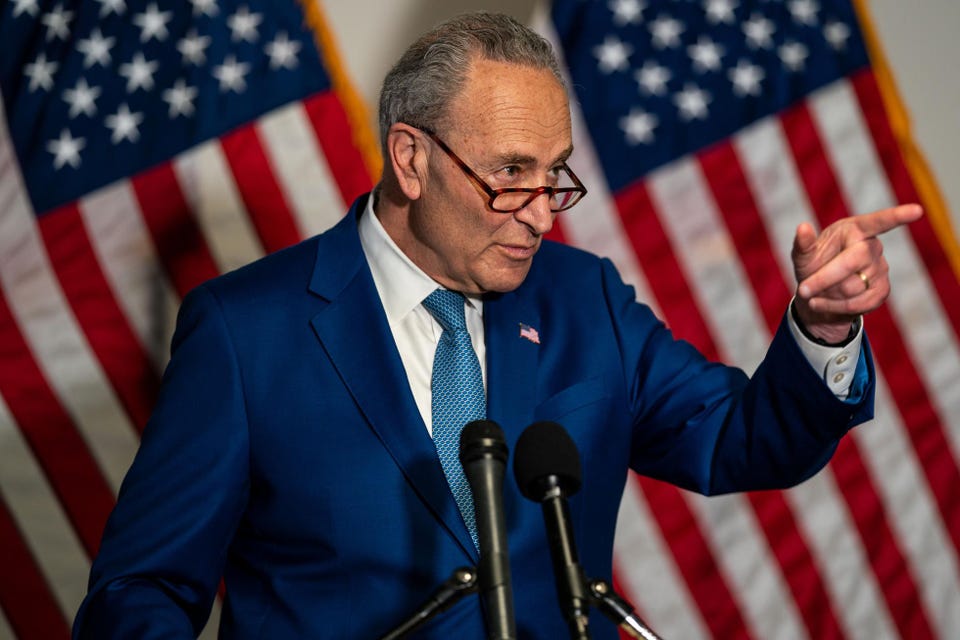 Convincing a majority of lawmakers to sign off on full federal cannabis legalization definitely seems like an uphill battle, but Senate Majority Leader Chuck Schumer (D-NY) has a plan to get it done.

Two weeks ago, Schumer unveiled the first draft of the Cannabis Administration and Opportunity Act, with his fellow sponsors Sen. Cory Booker (D-NJ) and Sen. Ron Wyden (D-OR). This landmark legislation would federally deschedule cannabis, stripping away many weed-related federal penalties and restrictions and allowing former offenders to clear their criminal records.

In order for the bill to pass, Schumer and his colleagues will need to drum up 60 votes in the Senate. This would require strong bipartisan support, as there are only 50 Democrats currently serving in Congress’ higher chamber. And although some GOP Senators do support legalization, there are also several Democrats that still aren’t down with the bill.

In a recent interview with ABC’s The View, Schumer detailed his strategy to collect the necessary votes. Rather than introducing the bill directly into Congress, the lawmakers have released the full details of their first draft to solicit further commentary. After collecting comments on the bill from other Senators and the general public, the sponsors will revise the legislation into something that could actually pass.

“We’re now going around to our colleagues saying, ‘Would you sign onto the bill? And if you don’t like what’s in the bill and want some modifications, tell us,” Schumer told ABC, Marijuana Moment reports. “I want to get this done. And I think we will get it done because it’s so, so overwhelmingly supported by the American people.”

“It’s been so over-criminalized at the federal level—it’s treated like heroin or cocaine, very much more serious drugs,” the Senator explained. “Even worse, we have a person who has a small amount of marijuana—a young person—in their pocket [they] can get arrested, have such a serious criminal record as if they were selling a whole lot of heroin [and] they can almost never recover.”

“First we want to legalize it to make sure that the people who want to use it can use it without this over-criminalization,” Schumer concluded. “Secondly, we want to expunge records of people who had a small amount of marijuana in their pockets and are then hurt the rest of their lives. We’d love them to be productive citizens.”

At the end of Schumer’s remarks, longtime cannabis advocate and host of The View Whoopi Goldberg was heard shouting an off-camera “yeah” in support. “That was a Whoopi ‘yeah,’” Schumer assumed, and the show’s co-host confirmed that “as expected, that was Whoopi.”

The bill’s sponsors are soliciting feedback on the Cannabis Administration and Opportunity Act until September 30th. Schumer also called on voters to contact their representatives in Congress and urge them to support this historic bill.